The public was invited to attend a program celebrating the life and legacy of John W. Jones at his grave in Elmira’s Woodlawn Cemetery on Monday, May 30, 2022, at 11:30 AM. The program featured spirituals sung by The Dorothy Cotton Jubilee Singers under the direction of Dr. Baruch J. Whitehead of Ithaca College. The singers recently performed at Carnegie Hall in NYC.

John W. Jones was a freedom seeker who escaped from Virginia and settled in Elmira. Mr. Jones was the first sexton of Woodlawn Cemetery and made history by compassionately and respectfully burying 2973 confederate soldiers who died in the Elmira Civil War Prison Camp. As a result of his meticulous record keeping, the US government designated the section where the confederate dead were buried a National Cemetery. Mr. Jones was also an abolitionist and agent of the Underground Railroad in Elmira. He, along with other abolitionists, assisted 800 other fugitives of slavery escape to freedom.

“We are excited to have the acclaimed Dorothy Cotton Jubilee Singers pay homage to our local hero, John W. Jones. The songs selected by Dr. Baruch Whitehead are a perfect musical compliment to his life’s story. This is a wonderful opportunity for the public to see these renowned singers perform and honor the legacy of Mr. Jones.”, said Talima Aaron, President of the John W. Jones Museum Board of Trustees.

Organizers and avid supporters of the Museum, Veterans for Peace & Peace Action, originally planned to hold the event in 2020 which had to be cancelled due to COVID.
Parking along road paths in the cemetery and in the street outside the cemetery is suggested. The main entrance is located at 1200 Walnut Street.

The John W. Jones Museum, located at 1250 Davis Street (across from Woodlawn Cemetery) will be open for people attending the Memorial Day event. Facemasks are required to visit the museum, but not to attend the graveside ceremony.

Program for the event on May 30th: 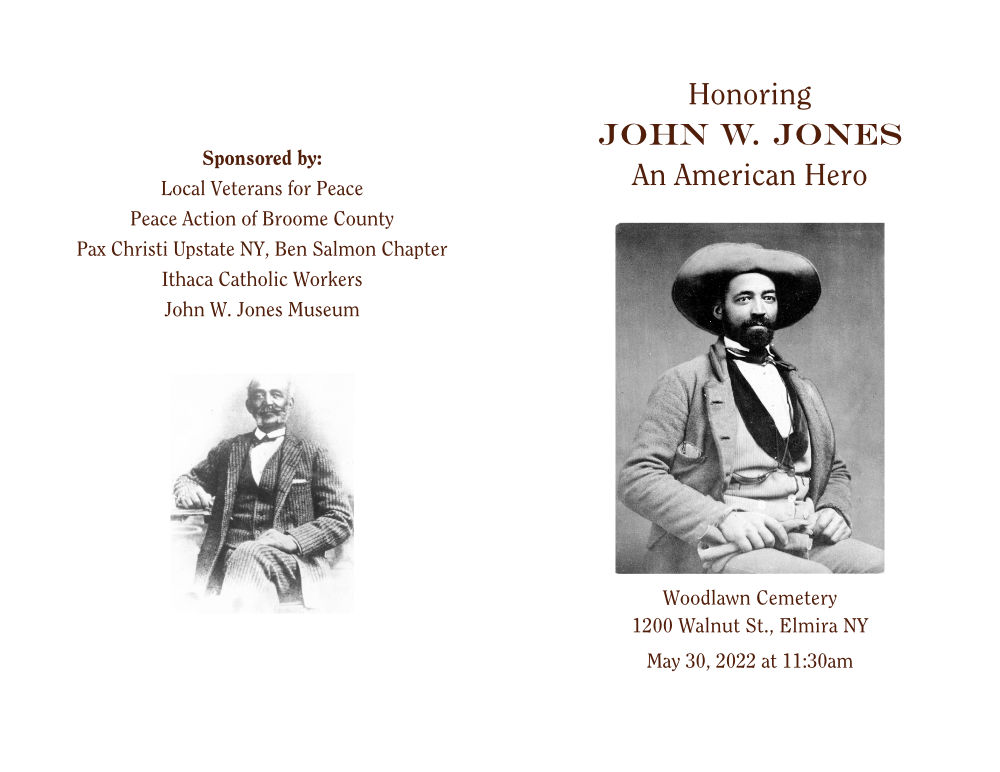 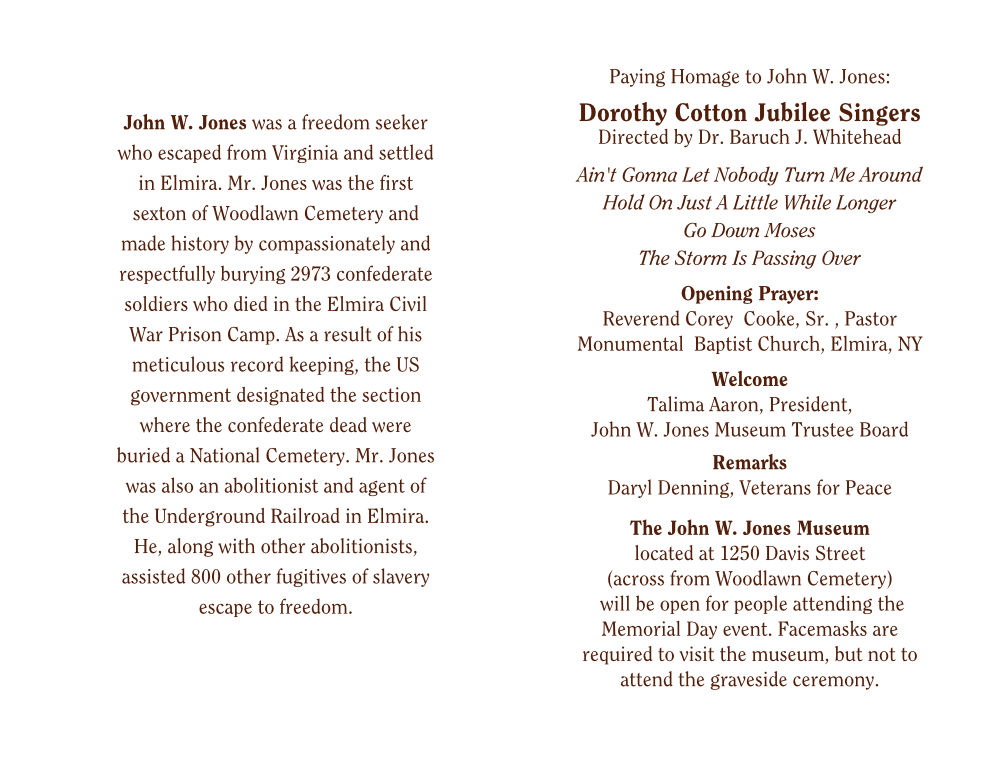 This entry was posted in Event. Bookmark the permalink.